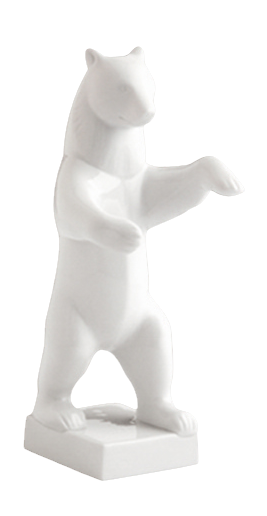 The Berlin manufacture acknowledges its location with this bear figure, where it has been producing porcelain in difficult handiwork for more than 250 years. Such a bear is casted in single parts and after that trimmed together. After the first prefire the 250 mm high figure is glazed and in the end fired again with 1380°C.

Famous owners of the white bear

The Berlin bear has a big meaning for the capitol, as it decorates the Berlin city crest since 1280. Therefore the figure is often given away by the Berlin senate.

In July 2008 Barrack Obama visited Berlin as US presidential candidate. As a hospitality gift he received a white bear of the Kingly Porcelain Manufacture from Klaus Wowereit, the then reigning mayor. In November 2008 Obama won the US elections and became the 44th president of the United States.

Uwe Proske is so far the only one athlete who could win the "White Bear" for Berlin. In 1991, he prevailed in the final against Elmar Borrmann (Tauberbischofsheim) and won the coveted porcelain trophy. 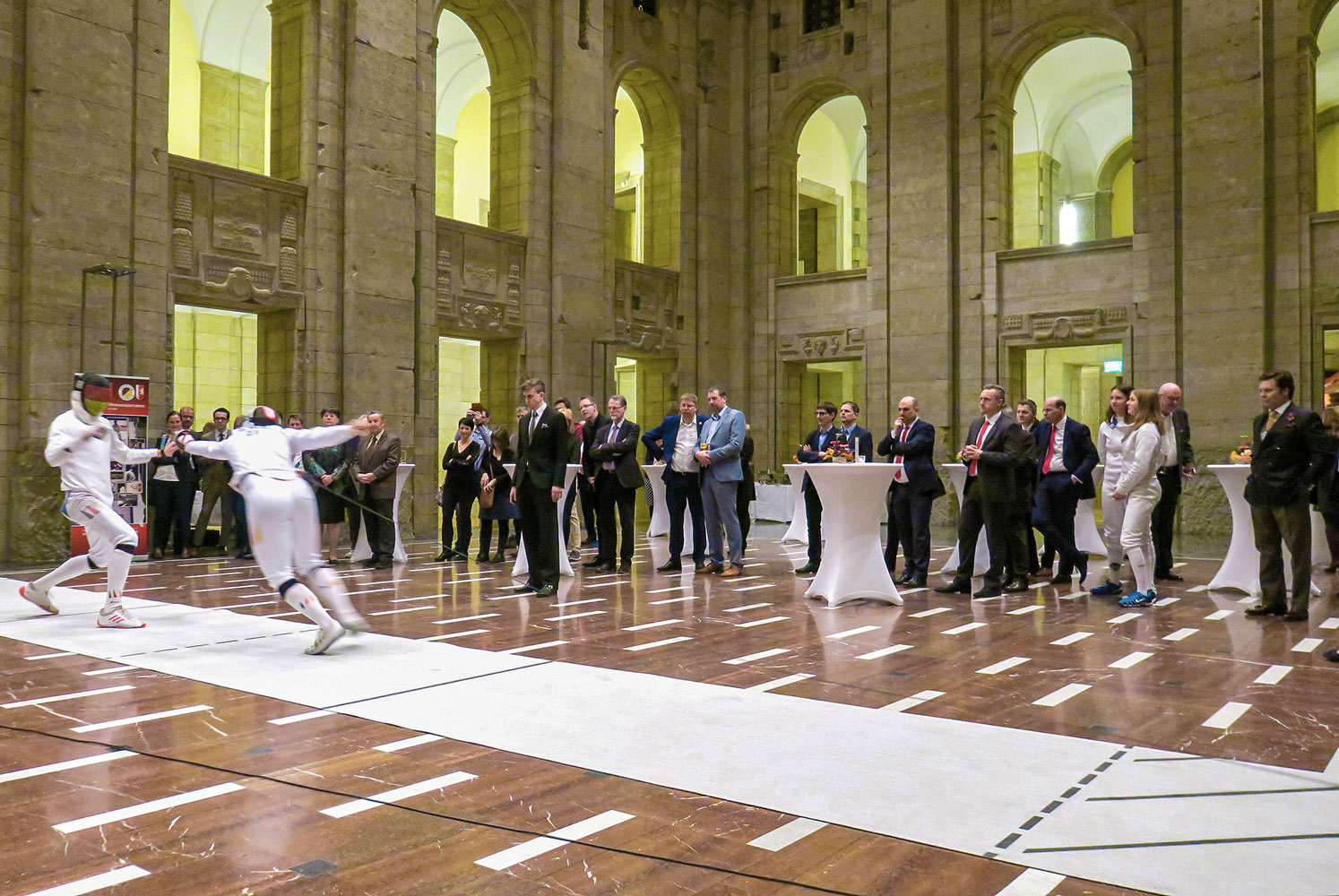 On the eve of the 60th "White Bear of Berlin", the Senate Department of the Interior and Sport hosted a Senate reception in the Berlin Bärensaal on the occasion of the anniversary tournament. State Secretary Aleksander Dzembritzki welcomed more than 50 guests, including DFB President Claudia Bokel, the entire board of the Berlin Fencing Association, representatives of the 15 Berlin fencing clubs, the State Sports Association and the German Disabled Sports Association. Show fencing, among others between Richard Schmidt (FC TBB) and pentathlon relay world champion Alexander Nobis (FZB/ Wasserfreunde Spandau), commented by epee national coach Mario Böttcher, provided a fitting setting.